Media relations is an essential part of PR strategy. We help tech vendors to build relationships with the right journalists, bloggers and writers and  ensure their differentiators, innovation, and industry views are communicated to the marketplace.

We work from agreed, focused press lists that we create for each client – because press coverage needs to be where your prospects, customers, business partners, and stakeholders are looking.

Our differentiator? As ex-journalists and editors we understand the press. We take action, tier press and verbally pitch news to top-tier target publications, which results in a higher proportion of accurate coverage than simply issuing a release.  Because it’s no longer ‘just about the press release,’ we are consistently creative in how we approach editors, reporters, and freelancers – and we get results (i.e. press coverage).  And our reporting details exactly who we spoke to, their feedback and next steps – we don’t believe PR reporting should be a black box.

A few examples of campaigns and some of the press coverage achieved:

Good media work isn’t just about news – it’s ensuring that the press, analysts and influencers know how you are so your reputation as an influencer is established before relevant news happens.

When press releases are needed, our team of professional copywriters can draft compelling news releases that will get your story noticed by the right journalists and editors.

“Outstanding reporting capabilities and an unwavering drive to produce exceptional results make Prompt the ideal agency for any business looking to work with a PR team that will help that company reach the next level—whether in terms of sales, customer engagement or to boost general visibility in the press. Prompt can do it all.”
– Suzanne Butler, Group Marketing Director, smartFOCUS 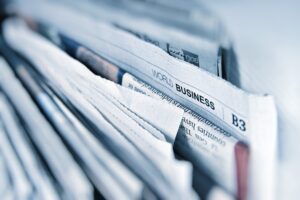 “Working with Prompt is a great business decision if you’re looking for a PR agency that will be a true partner to you. They consistently exceed expectations, bring a lot of expertise to the table and will work with you to meet all your objectives and exceed them.”